On August 1, 2015 Juli Radersma was working at the Kimberly Golf Club when she knew something wasn’t quite right. After her shift, husband Harry took her to the local hospital where she was diagnosed with an unruptured brain aneurysm. Three months later and seven hours away from home, Juli underwent surgery and suffered a stroke, awaking to find her entire right side paralyzed and speech slurred.

““I’ve always been really fit and independent so mentally it was very difficult to accept what happened,” says Juli.

Juli worked incredibly hard for five weeks and credits the hospital’s inpatient rehab program for getting her walking without assistance. However, Juli returned home to Kimberly with virtually no functional movement in her right arm and thousands of dollars in expenses incurred by Harry and her family. Juli’s son Steve, sisters and mother, who live in Ontario, flew out west and spent weeks in a hotel to be at her side. Juli’s son Jeff and his family in Kimberly were incredibly supportive while in hospital and on the return home.

Being back at home was harder than she expected. “I was depressed and the closest outpatient therapy was 30 minutes away. Since I was unable to drive and most of my family and long time friends were thousands of miles away, it became clear that I was going to need more support to have the best possible chance of recovery”, says Juli.

When Juli’s sister called telling her about MyndMove™, it seemed like the answer. Juli did some research and discovered MyndMove™ was offered at Pathways Therapy in Waterloo, ON, one of only 19 clinics in Canada and one hour away from Juli’s hometown of Brantford, ON.

“I posted a callout for drivers on Facebook and within one day I had 20 friends and family members lined up to drive me to Waterloo 3 times/week”, says Juli. 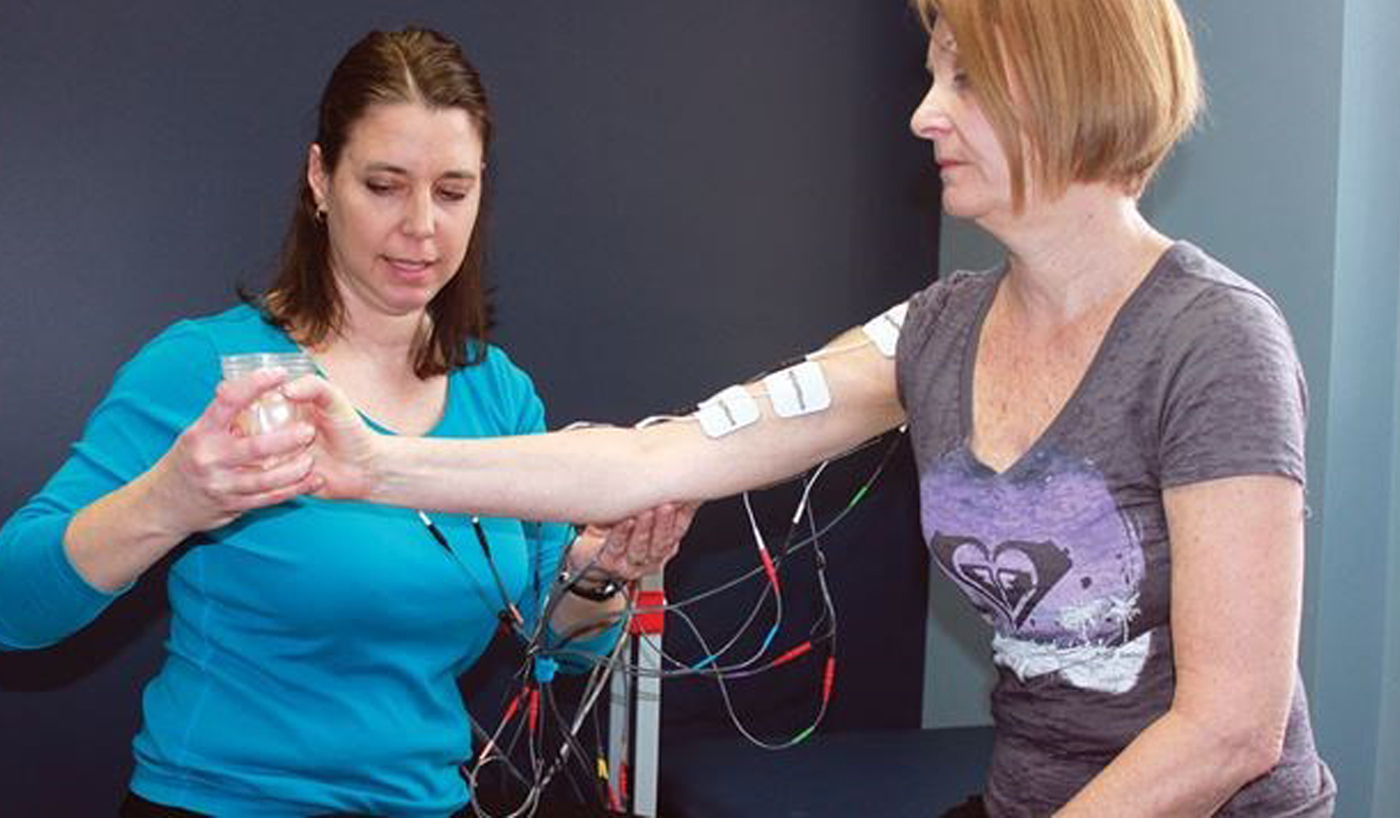 In January 2016, Juli left her family in B.C., moved to Brantford and started MyndMove™ FES therapy. When she began treatment her shoulder was subluxed, she was unable to reach forward and had no functional use of her right arm.

After 20 MyndMove™ sessions with her amazing therapist and Pathways co-Founder, Tania Campbell, Juli’s right shoulder was much stronger and she was seeing beneficial changes. Juli could reach, grasp and have more range of movement. Being able to use her right hand as a stabilizer helped with many tasks such as zipping her jacket, holding a book, using her phone, carrying plates, doing laundry, drinking with a straw, holding a water bottle and lifting to her mouth. Her friends noticed that she was also walking much better. Juli continued to work toward her goal of being able to blow dry her own hair.

They say it takes a community to raise a child. In Juli’s case, it’s taken a community of amazing friends, family members and therapists along with the latest technology to pave a path to recovery.

Juli is extremely grateful to her “Team” for making MyndMove™ a possibility and looks forward to a day when MyndMove™ therapy is covered by insurance and available to everyone where and when they really need it.

With Juli’s incredible work ethic, enthusiastic support team and MyndMove™, she’ll be hiking up the Kimberly mountains and hugging her grandchildren before she knows it.