Doug Bell’s stroke 10 years ago left him unable to use his right arm, stand or speak. Thanks to MyndMove™ therapy and his therapists, Doug is now living at home with more independence.

On New Year’s Day, 2006, at the age of 69, Doug Bell suffered a massive stroke that left him unable to speak, move his right arm or stand. Over the next few years with his positive attitude and amazing therapists, Doug was able to regain walking with the aid of a cane. However, his right arm remained motionless …until he started MyndMove™ therapy.

After twenty sessions with MyndMove™, Doug needed less help with daily tasks. He could dress himself faster, wash his face, pour his cereal and coffee, bring his right hand to his mouth and load the dishwasher. He was also walking straighter and faster, improving his overall mobility.

Regaining movement in his right arm has given Doug more confidence being on his own. “I can’t make my own dinners YET but with each MyndMove™ therapy session my shoulder is getting stronger, and it is wonderful. If my shoulder is stronger everything will be stronger and I’ll be able to do more”, says Doug.

Doug hopes MyndMove™ therapy helps others the way it’s helped him. He is incredibly grateful to Dr. Liem, his therapist Ann-Marie and everyone involved with MyndMove™ for giving him more independence and enhancing his quality of life. 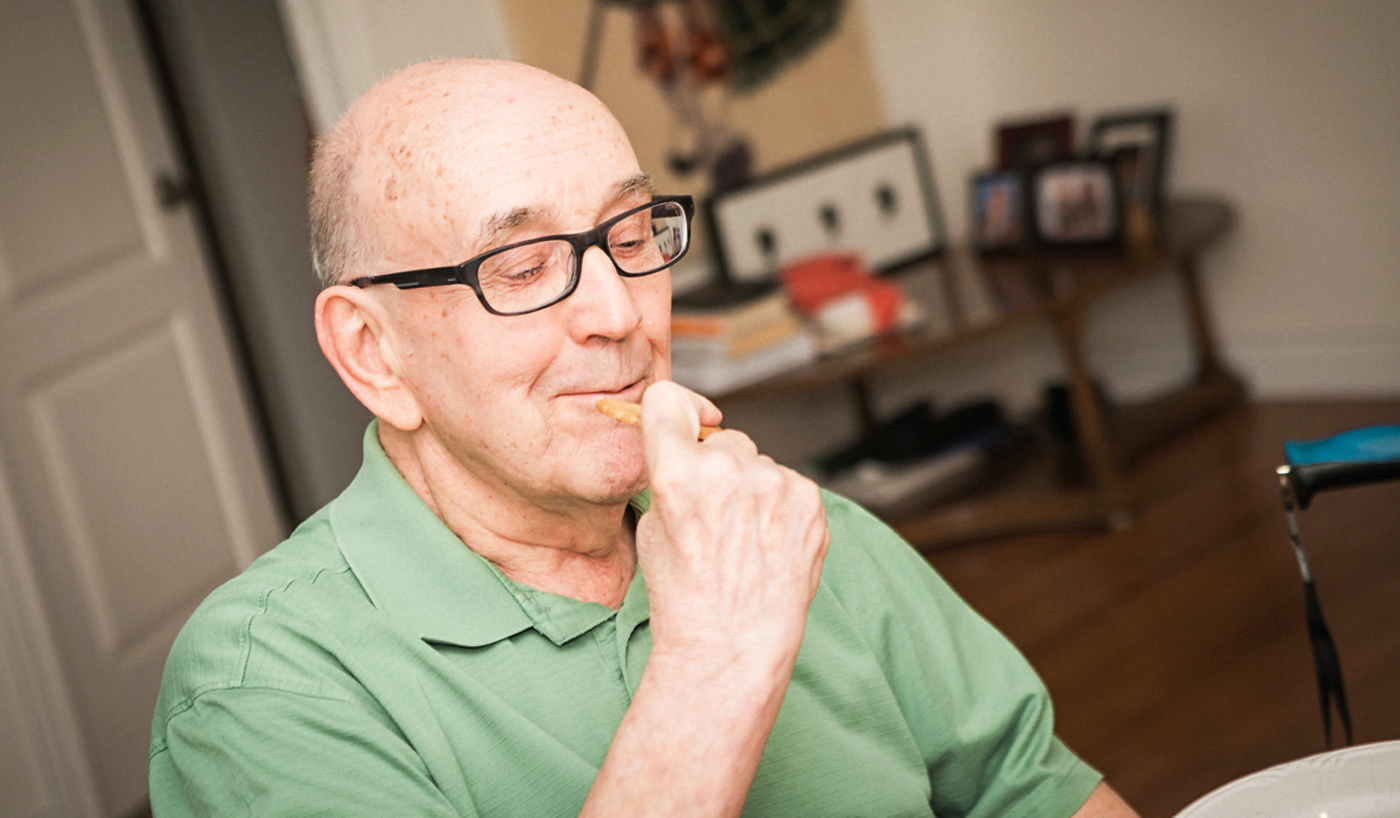 “I’m so very happy that MyndMove™ is working to make me and others, well. All those working with MyndMove™ should reach back and pat themselves on the back”.